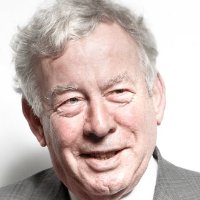 Ad Lansink is a former Dutch politician and the father of the waste hierarchy. He worked as a Senior Lecturer in Physical Chemistry at the University of Nijmegen, and as Biochemist at the Pathology Department of the UMC Radboud from 1964 till 1977. He became politically active in the Catholic People’s Party and became a member of the council of Nijmegen in 1970. In the parliamentary elections of 1977, Ad Lansink was elected to the Dutch parliament. He worked on a multitude of topics such as environment, energy, higher education, science policy and public health.

The Ladder of Lansink, also called the waste hierarchy became a standard for dealing with waste and distinguishes five forms of waste management: prevention, reuse, sorting/recycling, incineration and landfilling. The Ladder of Lansink was filed and adopted in 1979 and left a permanent mark on the Dutch waste policy, since 1993 in the Environmental Management Act, and since 2008 in the European Waste Framework Directive.

He studied Physical Chemistry, has a MD Chemistry from the University of Utrecht and a PhD Natural Sciences from the Radboud University of Nijmegen. After finishing his parliamentary career, Ad Lansink became Member of the Advisory Board of Directors of Eon Benelux NV (Rotterdam) and COVRA NV (Vlissingen), the state-owned company for the storage of radioactive waste. He also worked as the Chairman of the Gelderland Environment Federation. You can find more about him on his website.